As a Christian community we strive to:

Construction of St. Mary’s School began at 5295 Joyce Road in 1931 beside 2 acres of playground, and classes started in September 1932, with Grades one to seven. Each year after its opening, one new class was added, until Grade twelve was established in the fall of 1937. Between 1946 and 1949 the High School portion was phased out and replaced by the opening of public secondary schools in the area.

Originally, all of the classes were on the main floor of the school with some of the classrooms divided by partitions. During the “forties” the Grade 2 room was added and, at about 1953, the Grade 1 room was added, both in the basement. From 1960 to 1962 the rectory basement was used as a classroom. By the 1969-70 school year there were 60 students with three teachers (The Sisters of Child Jesus). St. Mary’s Centre opened in 1969.

At this point, it became necessary to decide whether to discontinue the school or make education an important part of the parish. The decision favoured continuing the school. With funds being available from Bingo, the school was upgraded. With full parish support, the school population steadily grew. In 1973 the Grade three classroom was added. In 1974 Kindergarten was added in the basement of the rectory, and school bus service was provided in the parish. By 1976 the school was full, and applicants were being turned away. The school grew to over 190 students and a staff consisting of a principal, nine full-time teachers and one part-time teacher. Grades 1-7 are domiciled in the school and Kindergarten was conducted in the basement of the rectory.

Our school is a reflection of the sacrifice, commitment, charity and faith of all our parents, especially in the areas of participation and fundraisers.

Due to lack of facilities and the deteriorating condition of the existing school, early in 1976 a committee was established to look into the situation regarding the feasibility of renovating the present school or alternatively, building a new one. Since then the committee was advised that the original school did not meet building, fire and education standards, it was determined that either renovation or a new build was needed to remain eligible for the Provincial Education Grant to Independent Schools, which became available in 1978.

In the fall of 1978, the parish embarked on a fundraising drive and plans were drawn for a new school. The new and existing school was built on top of the existing auditorium, and was completed in January 1980. The new school building was dedicated by Most Reverend James F. Carney, Archbishop of Vancouver, at the official opening on June 22, 1980. Capacity at that time was 205 students, with 11 teachers, two of them half-time. The old school was torn down to give more playground space.

Our existing school remains today with some renovations for additional spaces in an attempt to support ongoing demand for enrollment at St. Mary’s School.

In 2013, a Parish Building Committee was formed to address the needs of the school. Through a multi-disciplinary study and ongoing consultations and meetings, St. Mary’s School was assessed and found to be at high risk of failure in a major seismic event. In order to keep the children in our care safe, it was recommended and determined that a re-build was needed as the school as a retrofit would cost several million dollars without any improvement in ventilation, class-room size, technology support or any other measure of service delivery. Currently, we are in discussions with the Archdiocese of Vancouver to get our first phase of construction, a new school building and residential tower, underway.

This coming 2019-2020 school year we have 294 students enrolled with 35 dedicated and enthusiastic staff. 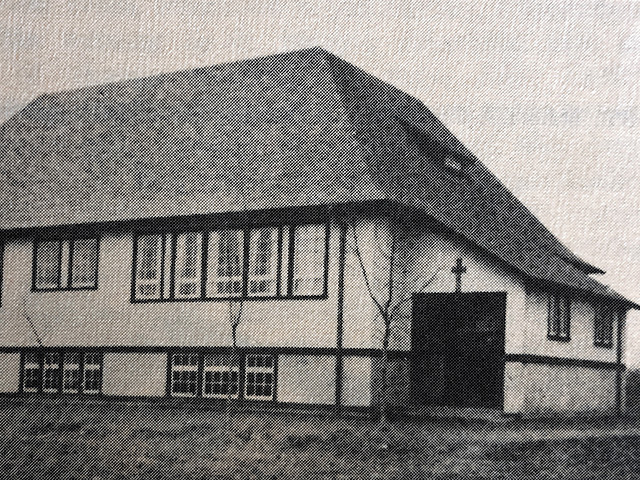 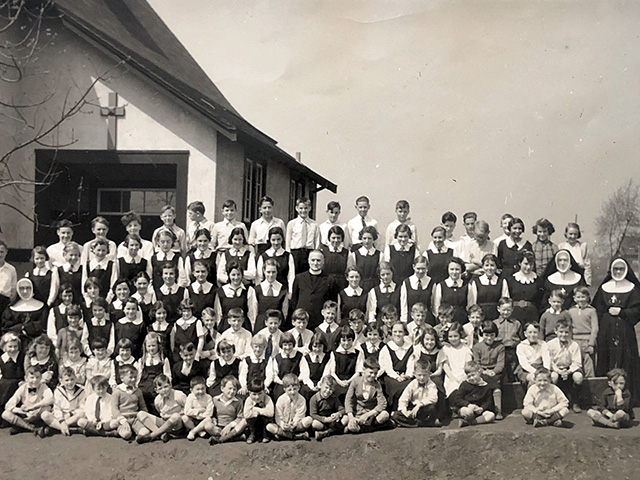 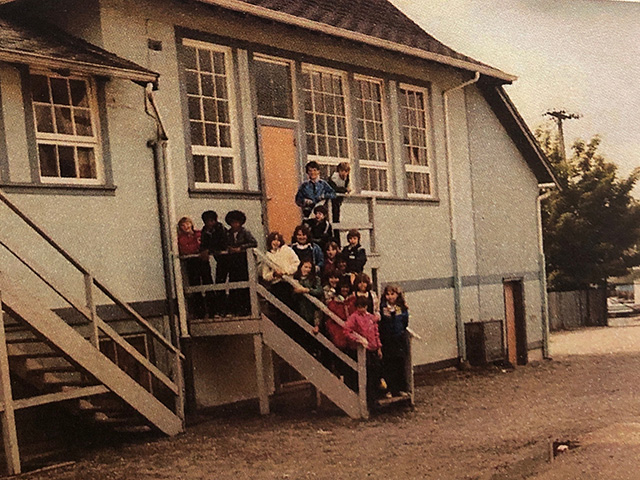 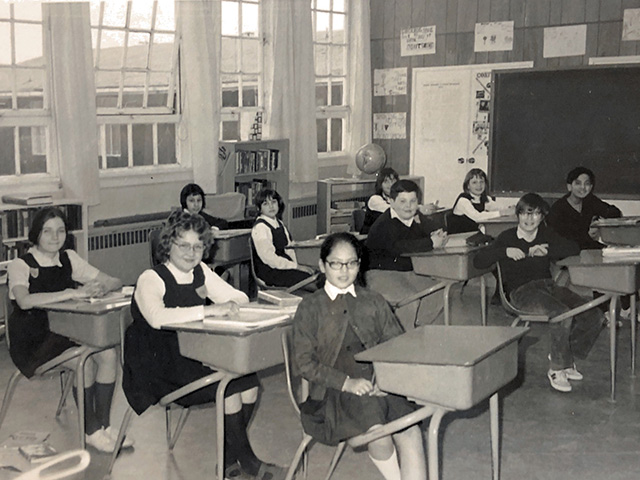 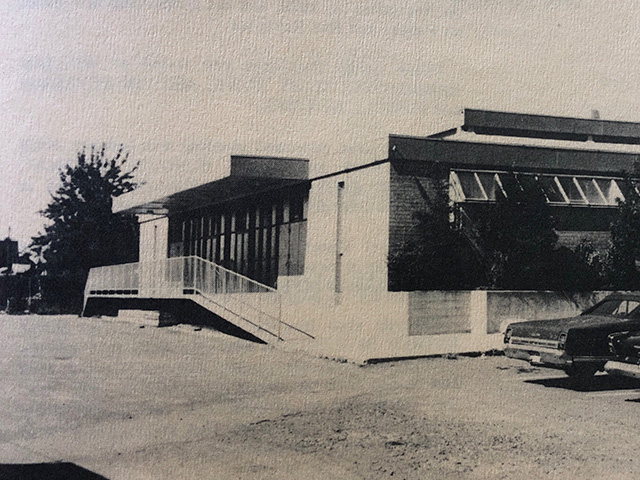 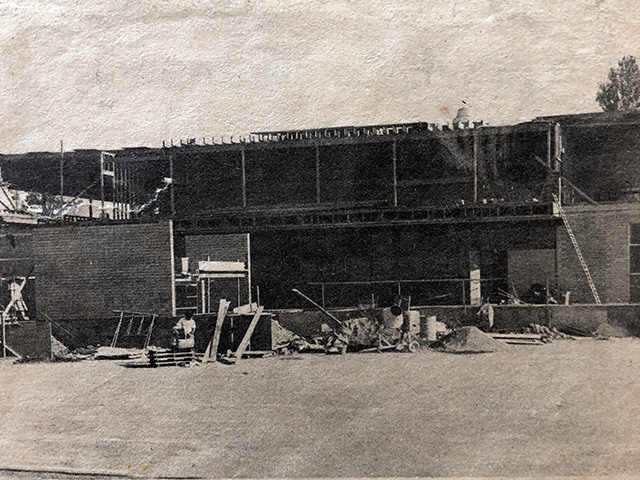 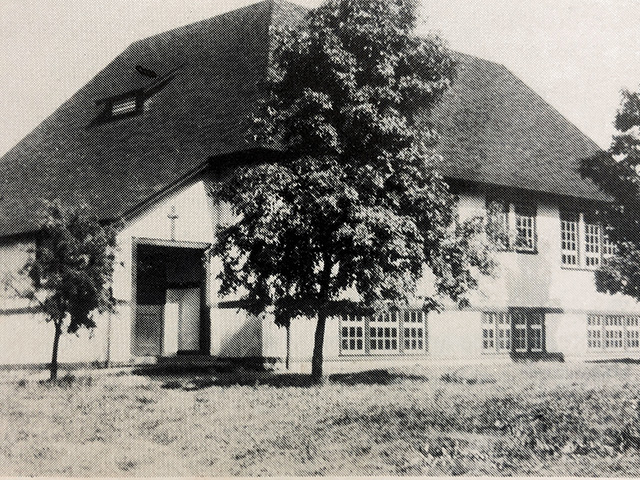 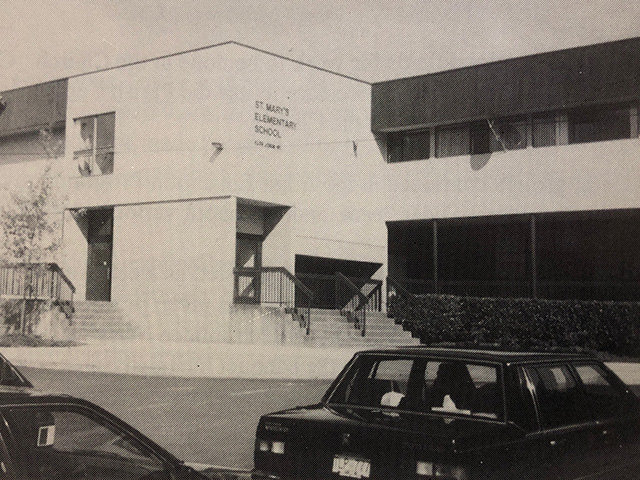 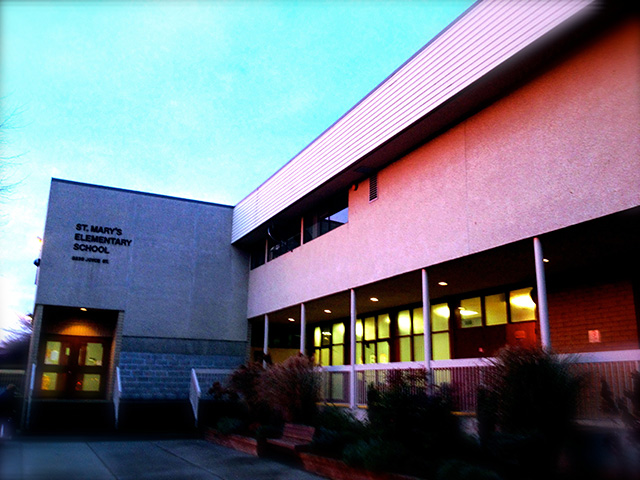 New parish school being build on top of the existing auditorium - 1980.